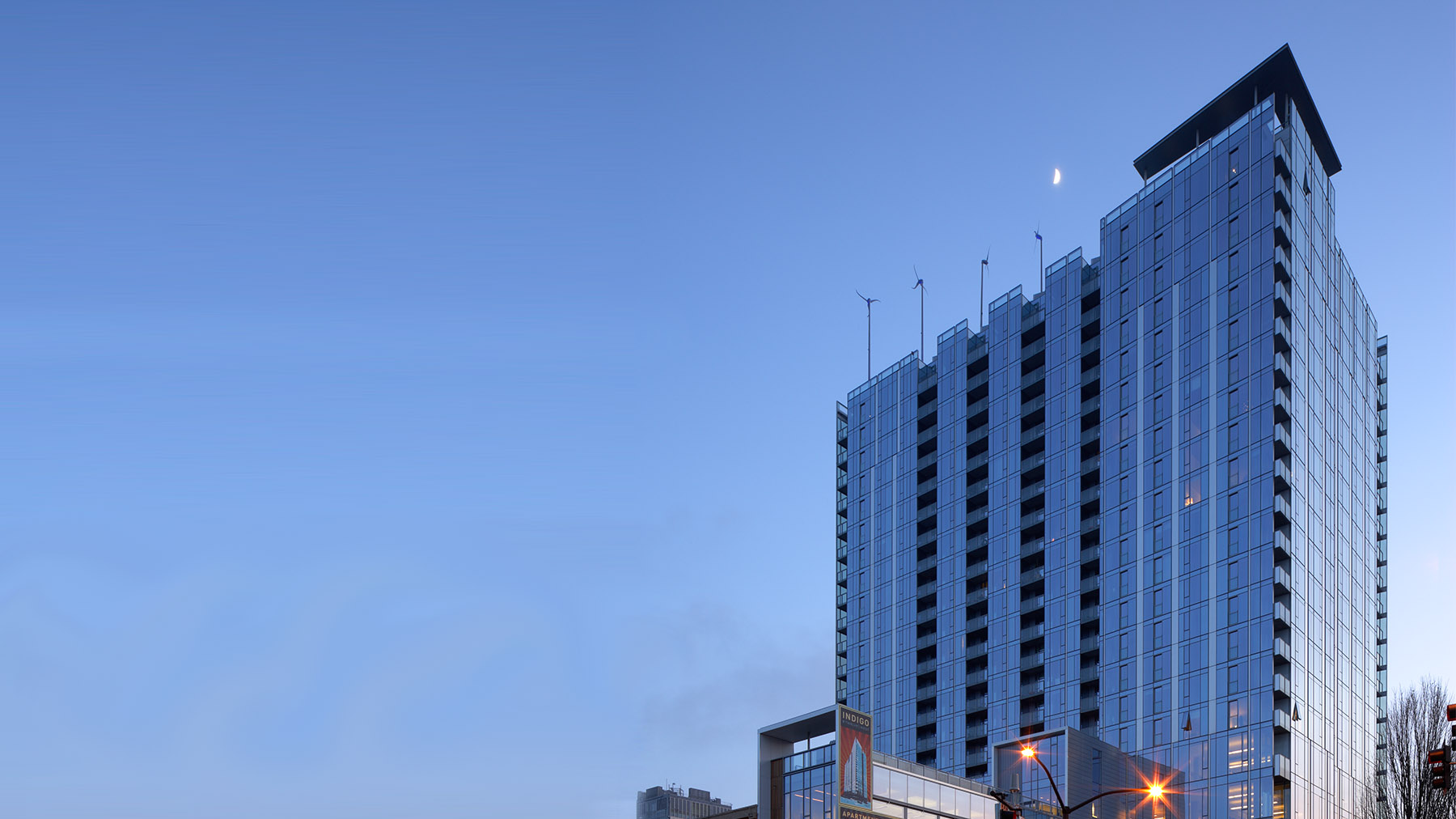 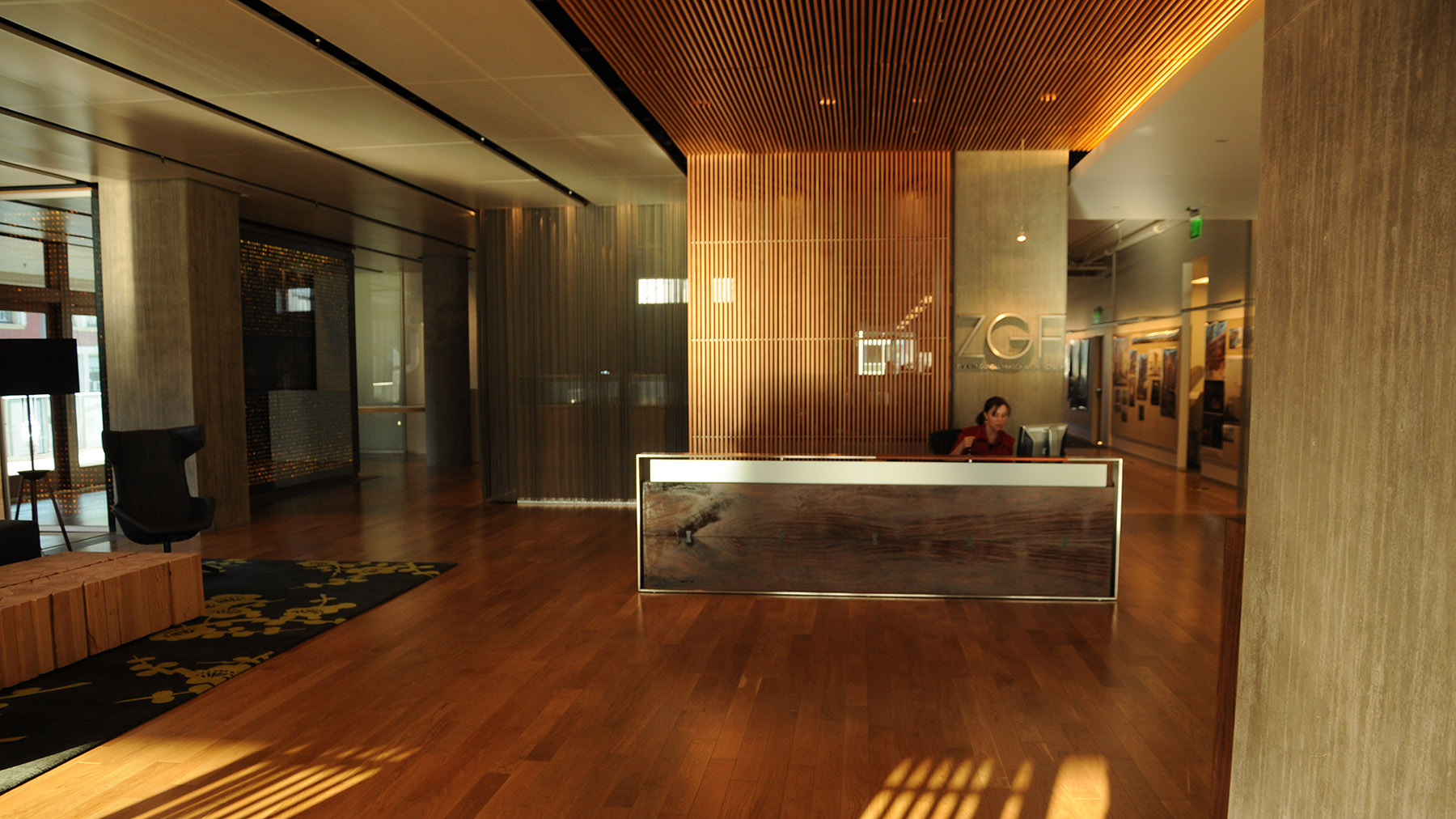 As Portland’s downtown continues to see tremendous development with new builds and renovations, the West End neighborhood has long been seen as having major potential for growth. Indigo | Twelve West was conceived as a flagship building that could not only unite the 30-block area with the rest of downtown and ignite development there, but also serve as beacon of sustainable building design and provide the framework for an environmentally friendly neighborhood.

Designed as a mixed-use commercial and residential space, the 23-story high rise provides its tenants an environment that uses sustainable building design concepts to promote a high-quality living and working space. Glumac provided MEP Engineering services for the project. Rooftop wind turbines were incorporated to provide enough energy to fully power the building’s elevator system. The nearby Brewery Blocks EcoDistrict was tapped into to provide Indigo | Twelve West with chilled water for its interior cooling system, which consists of passive chilled beams that more efficiently maintain thermal comfort levels. Rainwater recovery systems and a vegetative roof were installed to service office toilets, the fire protection system, and help cool the facility in the summer months. Low-e glass that covers the entire building shell also helps control the interior climate by reflecting as much as 74% of heat from sunlight and allowing for a greater level of daylighting – all of which contributes to energy savings. Solar thermal panels provide 24 percent of the building’s hot water. The system lowers the building’s natural gas
consumption, which lowers both the economic cost to the owner and the ecological impact of gas emissions.

EcoDistricts Systems:
Buildings Can Be Better Together

As we begin to emerge from the recession that has plagued the last half decade, restorative efforts are taking place in communities across the Pacific Northwest. The key is finding ways to reshape these areas in a manner that is beneficial to the environment, while not straining budgets. One significant approach we at Glumac feel is essential to these restorative efforts is a design strategy that was first developed here in the Pacific Northwest called EcoDistricts. | Read More