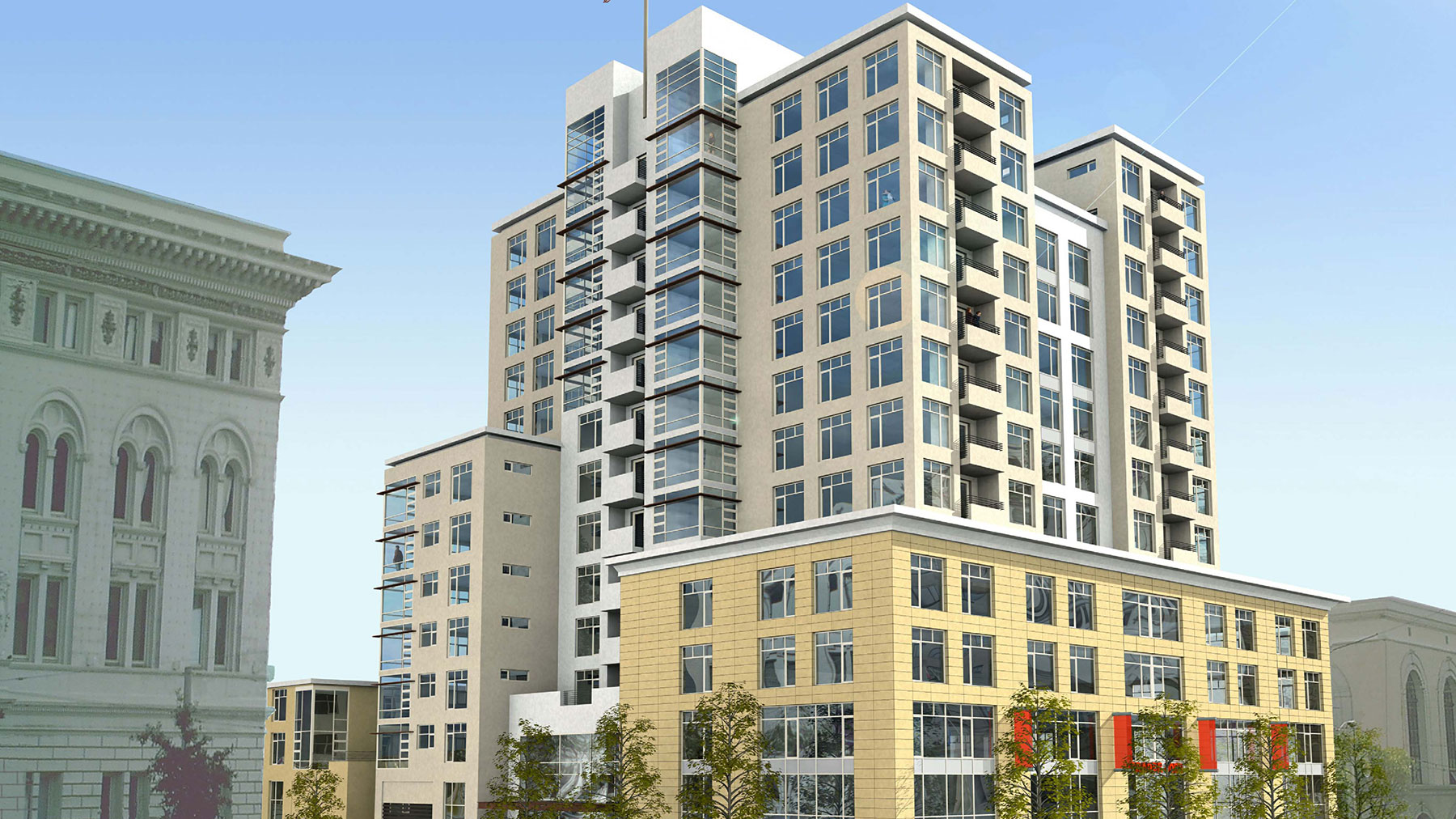 Gerding Edlen Development Company has long been known for its commitment to sustainability. With a portfolio that includes 45 LEED Gold certified buildings, the bar is set high from the outset. When developing a new 13-story mixed-use facility in the Lower Nob Hill neighborhood of San Francisco, the goal was no different. And what is now known as “Etta” has gone one to receive LEED Gold certification, and was named the 2014 Green Building of the Year by the San Francisco Apartment Association.

Glumac played an integral role in the MEP engineering of this 205,600 sf project, aiding in the implementation of several sustainable building design features, including a centralized infrastructure within the building that shares a centralized water heating unit and air cooling unit. Rather than provide each of the 107 apartment spaces with its own window air conditioning and heating units, the centralized system maintains a moderate temperature for water and air, keeping the level a tenant draws from balanced, negating the need for ramping up usage levels to draw high levels of hot or cold and decreasing overall energy usage. High performance glass was used for the envelope, lowering the solar and ambient temperature loads to further reduce the usage of the heating and cooling system. A storm water capture system fills a 40,000 gallon tank so that no potable water is used in the irrigation of the landscaping. Energy Star appliances and on-site recycling also attribute to the ongoing sustainability of the facility, which is estimated to achieve annual energy savings of approximately 25% above the national standard.