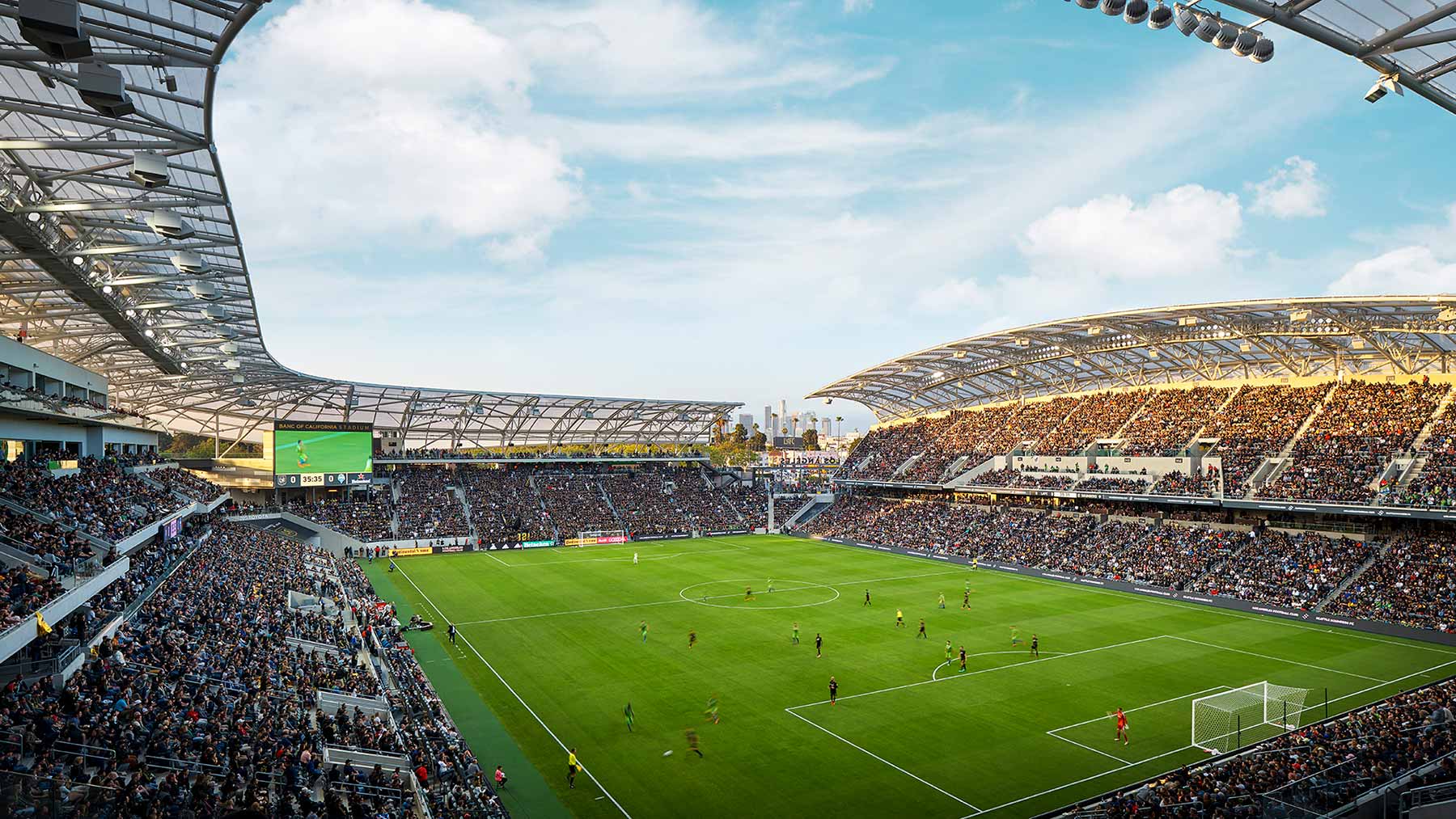 Glumac provided LEED v3 and Title 24 building commissioning services for the new Banc of California Stadium, a soccer stadium in Downtown Los Angeles for the newly-created Los Angeles Football Club. This $350 million stadium is situated next to the famed Los Angeles Memorial Coliseum and seats 22,000 soccer fans with amenities including luxury suites.

The soccer-specific stadium is highlighted by a series of canopies that provide weather shielding for spectators and frame views of the skyline.

The project was challenging, since the project schedule was accelerated in order to be completed in time for an early opening game for LAFC. As such, the commissioning and construction finalization took place when occupancy had already occurred.

During construction Glumac raised the issue of the location of the chilled water flow bypass location. The minimum bypass load was not considered in the construction process despite the chilled water system needing to provide a 24/7 load of 45 tons to telecom and electrical room FCU’s. Ultimately, due in part to Glumac’s input, it was decided to increase the bypass piping size and have the chillers sequence of operations change such that the bypass loop is enough to chill the 24/7 spaces. This allows for the chillers to be off during unoccupied hours instead of having to turn them on for small units on a regular basis, ultimately resulting in energy savings for the owners.

The project is targeting LEED Gold