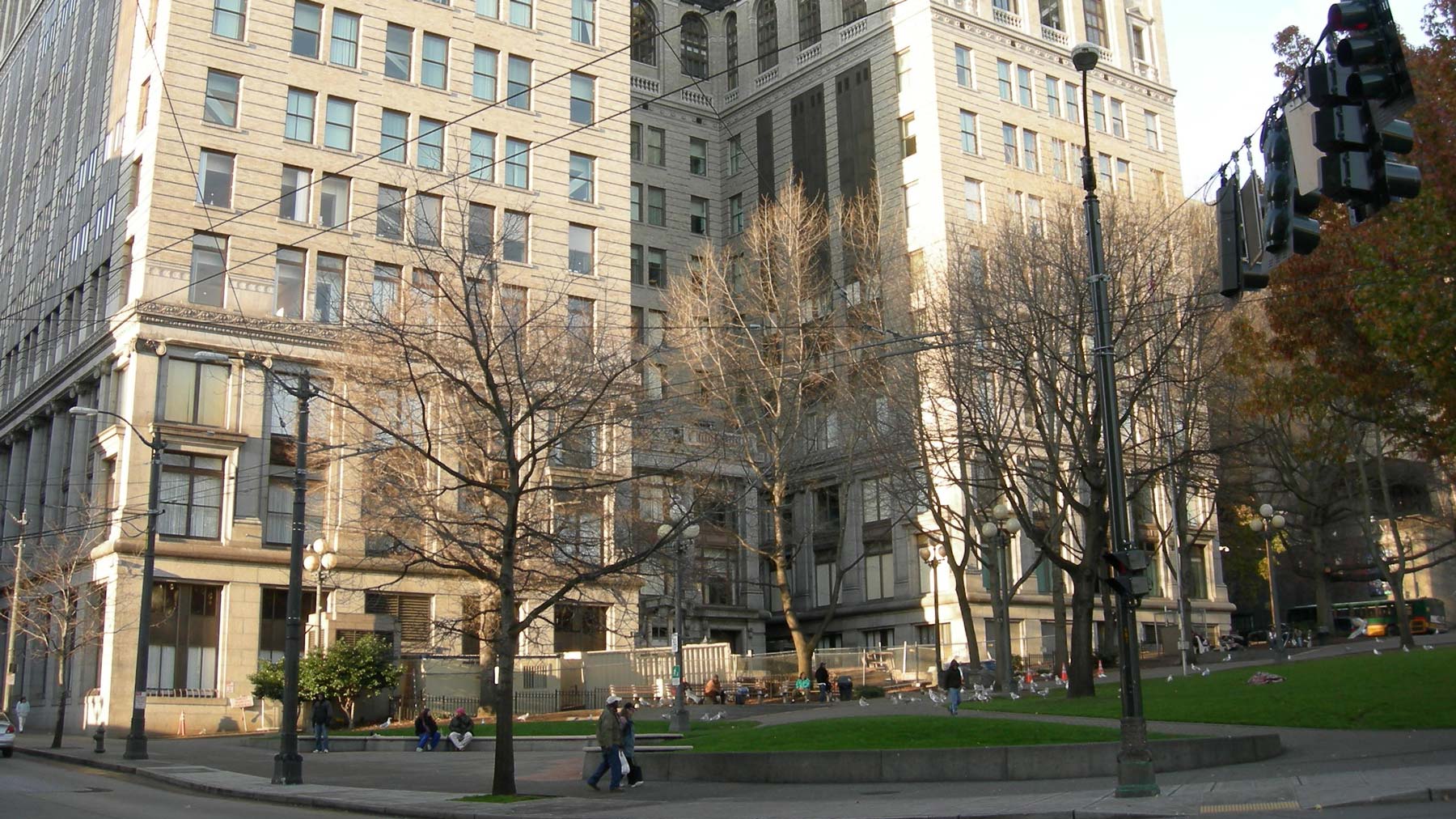 Surrounded by old brick buildings in Seattle’s downtown and Pioneer Square neighborhoods, the King County Courthouse is a historic landmark. It was built in 1916, with additions and renovations in the decades that followed. Today, the County is committed to maintaining the building’s historic charm, while assessing the building’s systems for modern viability.

Glumac provided MEP engineering and telecommunications site assessments for the aging 12-story building. Staff analyzed the systems to see which were in need of upgrades, replacement, code compliance and energy efficiency improvements. From there, Glumac made a priority list of the systems that King County should address, with unsafe systems at the top of the list and non-code-compliant systems next.

To make the report as accessible and digestible as possible, Glumac and the architect, Clark Design Group, decided to create a document with less written jargon and more imagery. Glumac created color-coded Google SketchUp diagrams of the building’s different systems, which provided a clear, graphical representation of the site assessment.

King County also hired Glumac to take on the first of the recommended improvements from the site assessment. Electrical staff designed the replacement of the building’s electrical bus ducts. The rigorous schedule in which the project was completed, with no interruption to the court rooms, earned the project team recognition by King County and a piece of the historic bus duct.