When we first started in the A/E/C industry, it was exciting to be a part of the amazing and innovative work involved in creating sustainable buildings. However, from as far back as middle school, being one of a small handful of females in STEM-related courses was the norm. And today, a point of ongoing discussion with our colleagues is how few women pursue education in engineering, and how even fewer pursue construction and MEP design. We began examining why, and what we as a firm, and an industry at large, could do to change that.

We all knew the statistics: that right now, just 20 of the chief executives in the Fortune 500 are women, but that organizations with the highest representation of women in leadership positions demonstrate better financial performance – a 35% higher return on equity and a 34% higher total return to stakeholders.[1] In short, it’s good for business. But the question remains: what is keeping young women from pursuing a career in this or any other STEM-related industry despite the encouraging growth forecasts? What is it about the established tradition of the industry that is preventing women from believing it is something they would be good at and enjoy? 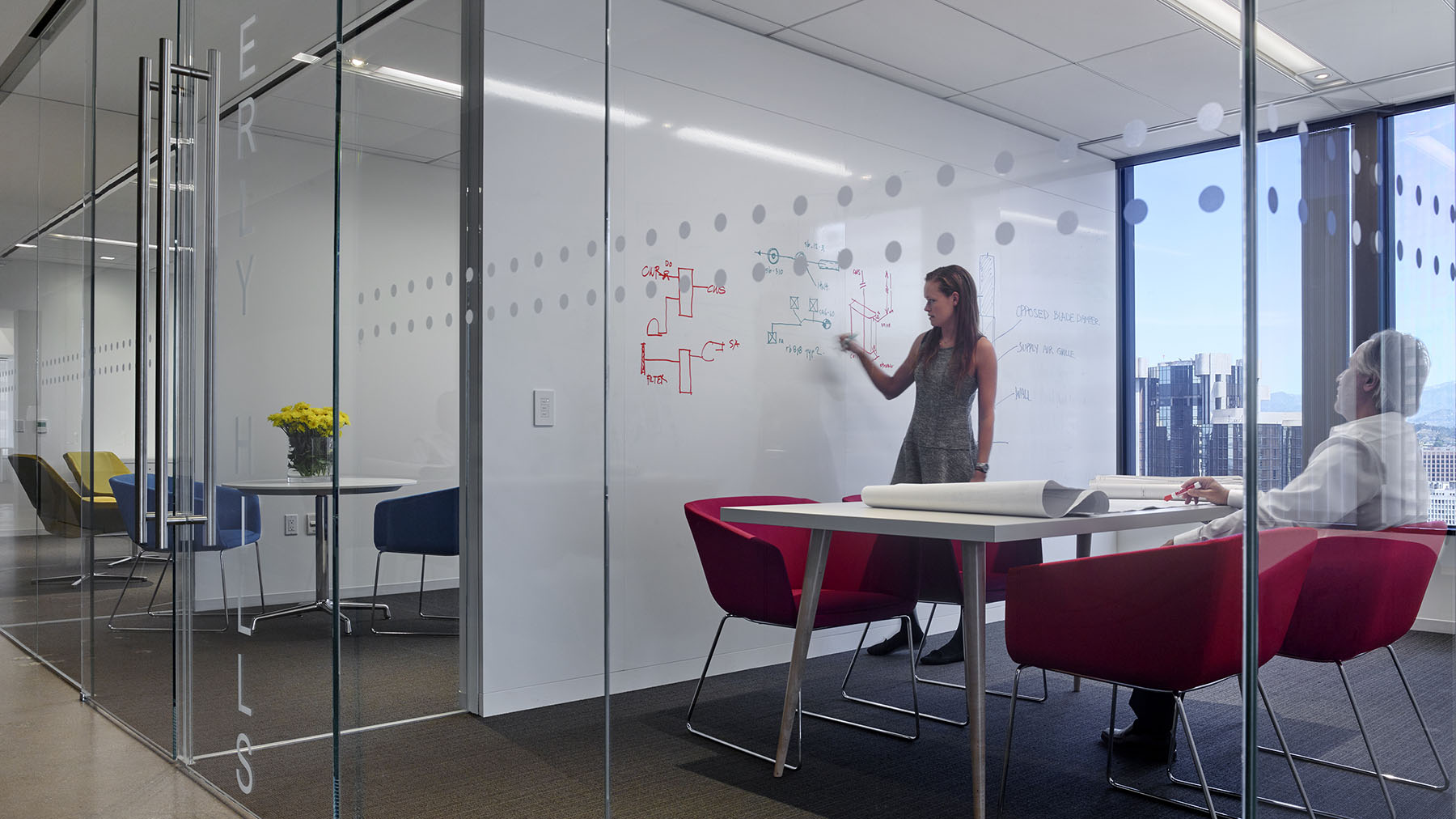 Projections for the next decade are promising for the commercial real estate and construction industries. Opportunities for STEM-related jobs are expected to grow by 17% by 2024, compared to other industries, which project at around 12%.[2] When this is coupled with a significantly more narrow pay gap (on average women in the construction industry earn 93.4% of a man’s base salary, compared to just 82.1%[3] throughout the United States), the pitch to young women is a simple one: the STEM industry offers potential for a career that is as lucrative as it is challenging and stimulating. And if we can encourage entry into this industry now, at the dawn of this period of accelerated growth, these young women will be more prepared 10 years from now to take their place at the table and step confidently into leadership roles.

“Changing how young girls are educated about these subjects, along with increasing the visibility of women in these industries, these statistics will begin to even out.”

Despite all this, even now in conversations with our female engineers, we still learn they were only one of two or three women in their graduating class. Perceptions of this being a male-oriented field begin at a very young age. However, great progress is being made in laying the ground work for a future passion for math and science at an early age. By changing how young girls are educated about these subjects, along with increasing the visibility of women in these industries, these statistics will begin to even out. 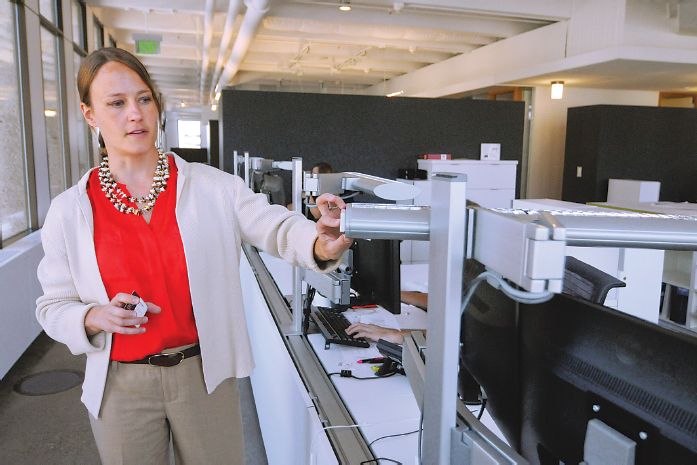 It’s possible the answer lies in the different ways men and women perceive their value in the workplace. A now well-known anecdote from Facebook COO Sheryl Sandberg’s bestseller Lean In cites an internal study conducted by Hewlett-Packard that found the majority of its male employees would apply for a job despite only meeting 60% of the qualifications. Women, however, were likely to apply only after being sure they met at least 90%. She also cites a story from the mother of former Harvard president Larry Summers, who, upon being hired as an economist by the Standard Oil Company, was told by her boss, “I am so glad to have you. I figure I am getting the same brains for less money.” Back then, she took this as a compliment. That was the 1940s, but more than 60 years later many women in the workplace still battle this misaligned perception of the skills they offer and their true value in the marketplace.

“When I first started college in 2008, my program boasted one of the highest percentages of women in the School of Engineering at about 50%. But by graduation, that had reduced to 12%,” says Staci Ashcraft, Mechanical Designer. “I remember so many instances of blatant sexism; professors telling female students they should drop out to be housewives, or that the only women who belonged in engineering were the tom-boys. There was no encouraging voice to say that we didn’t have to eventually make the choice between being a wife and mother or having a successful career.”

As an MEP consulting firm, we decided that recognizing this value goes beyond the abstract idea of being open to simply hiring more women engineers. It means taking steps toward creating an office that better supports the everyday needs of professional women. Implementing amenities and benefits into offices and HR plans geared toward women not only make a company attractive to top young female recruits, but demonstrates that they are valued. Mother’s rooms and nursing equipment – which we integrated into our offices and provided respectively – robust maternity leave, flex time for new mothers, daycare all begin to address the challenges that are simple realities of working mothers. Being a new parent is a stressful time, and making an effort at decreasing that stress in the workplace can go a long way in building a lasting relationship with an employee.

“Resources like mentorship, professional development and advocacy also go a long way in establishing for women the same level of support and normalcy men have traditionally enjoyed.”

Nicole Isle, BADT, LEED AP BD+C, Chief Sustainability Strategist shared, “When I returned to work after maturity leave, I felt truly supported. My colleagues were accommodating and collaborative in helping me manage my new work-life priorities. The wellness room in our office was also a huge benefit to me. It was comfortable and private. I could take care of my own needs as well as manage emails with my laptop or smart phone. I think it starts with a level of comfort in the office to engage in conversation about personal topics. When you’re able to do that, you can work in partnership with your employer.”

Resources like mentorship, professional development and advocacy also go a long way in establishing for women the same level of support and normalcy men have traditionally enjoyed. They also go a long way in combating “rite of passage” issues so many young professional women report dealing with—coworkers who’ve struggled with workplace issues in the past insisting younger staff personally overcome the same challenges. And encouraging involvement in STEM and ACE mentorship/educational programs foster a community of young leaders. Armed with this understanding, we go beyond the numbers of pay equality and growth to demonstrate what a truly equitable workplace looks like, and see the social and economic benefits that lie within.

“Having a mentor is so important in developing professionally,” says Christine Culver, PE, Lighting Designer, “When I was first starting out as an engineer, it wasn’t easy to see how to get to the next level. I always have a formal mentorship with regular scheduled meetings as well as a few people within my company, outside my company and even outside my industry that I consider casual mentors. It’s important to always ask questions, get advice, and search for new ideas.”

We’re also seeing the number of women in Glumac’s associates group grow, and encouraging them to pursue educational opportunities throughout our offices. These are steps we’ve made in the right direction. But there are many more to take. And at a future stakeholders’ meeting, the next generation of female STEM superstars will be well represented. This industry is primed for growth. It’s where jobs and demand are. And if we’re not providing these opportunities, we’re not creating a sustainable and vibrant industry.

For more information on how you can get involved with ACE or STEM-related programs, contact Angela Sheehan and Angela Templin at contactus@glumac.com.