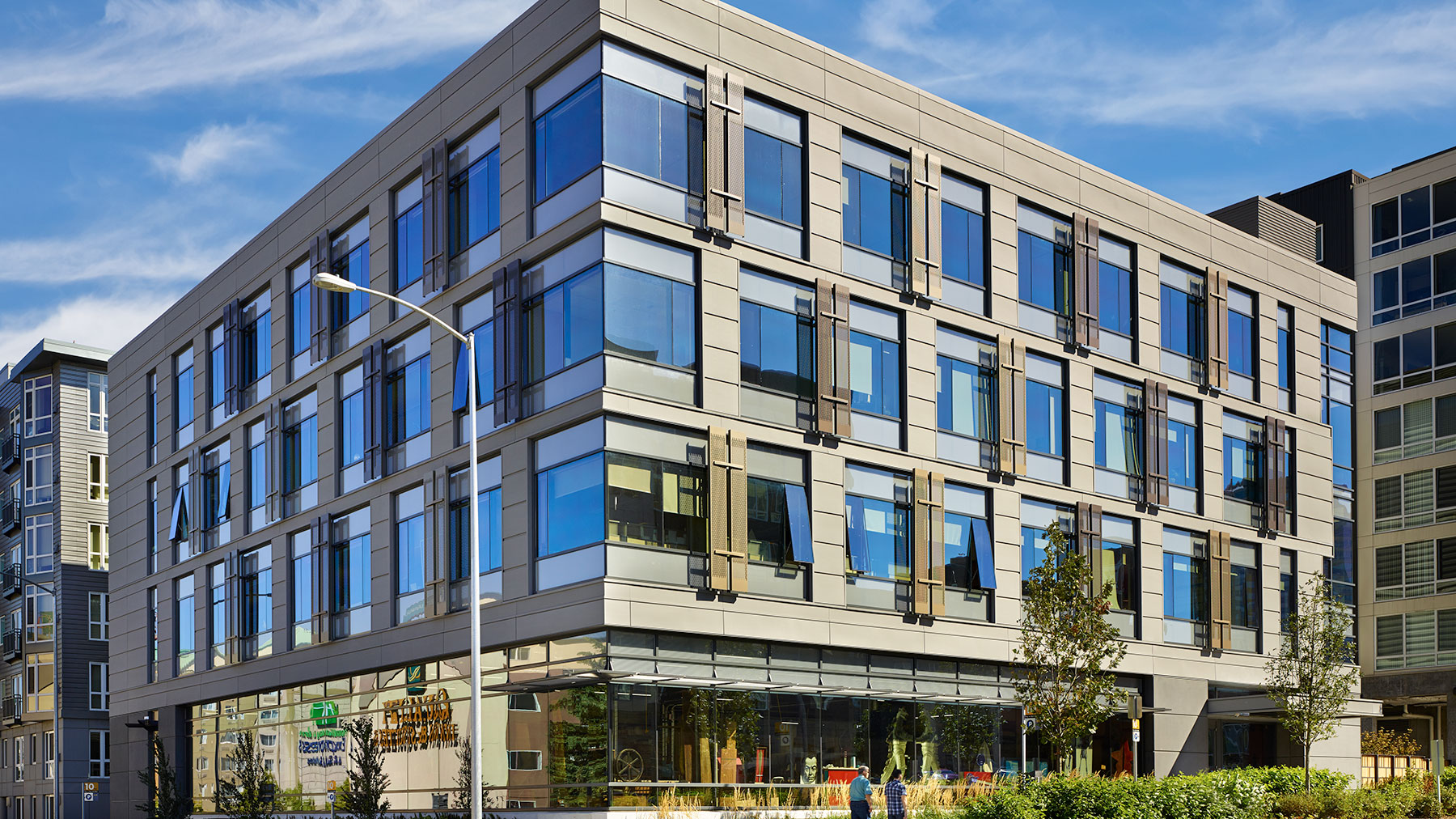 Wanting a space that not only met their growing administrative needs, but that also openly highlighted the organization’s commitment to sustainability, the Electronic Music Project in Seattle worked with Glumac’s commissioning and energy modeling teams to outfit its new four-story office building, also known as the “Little Wing,” with a series of innovative, eco-focused features.

Little Wing serves as the administrative space for the EMP Museum and Science Fiction Museum. As such, its needs at the onset of the project extended beyond that of a regular office building. Featuring standard office space, a secure storage area for the museums’ artifact collection, and a film archival room, the temperature deadband requirements could vary from room to room, leading the team to implement a high-efficiency VRF flow system for the entire building. The project was also an early example of the energy savings that could be achieved through LED lighting, as it was one of the earliest buildings to be outfitted entirely with LED lighting, lessening overall outputs and usage rates throughout the day. A rainwater collection system was designed to decrease the building’s water usage to 75% of what the area’s building code requires, and saved EMP from needing to spend extra to extend its storm drainage line farther from the building. In the end, Glumac’s commissioning team saved the EMP Museum $150,000.